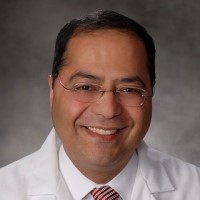 He began his career as a Gastroenterologist and Hepatology on the faculty at the University of Pittsburgh Medical Center.  There he became the director of the Clinical Research Unit in the Transplant Medicine Division and participated in some of the earliest clinical research on hepatitis B and C treatment before and after liver transplantation.  He was also in charge of the Gastroenterology and Hepatology Division’s community outreach program.

After his experience there, he went into private practice for 3 years and returned to academic medicine at Einstein in Philadelphia in 2000 where he served as Associate Director of Hepatology.  He was subsequently asked to become the Chairman of the Division of Hepatology and the Medical Director of the liver transplant program.  He led a successful clinical research unit working with pharmaceutical companies and doing independent research presenting his division’s work at national and international meetings.  Under his initiative, the Division of Hepatology formed the first dedicated Liver Unit with dedicated staff, and a very active multi-disciplinary liver cancer program in Philadelphia.

Dr. Araya’s similar level of interest in all areas of general Gastroenterology has continued since he left his academic position.  Since doing so, he has managed all aspects of Gastroenterology but has continued his focus in liver diseases.  He has continued to collaborate with pharmaceutical companies to bring the latest available medications to his patients and remains active in national and international professional organizations where he serves in various committees.  His current goal is to help bring the most advanced treatment options to his patients and the entire USDH organization where he is already serving as a resource for his colleagues also.

American Association for the Study of Liver Disease

European Association for the Study of Liver Disease

Latin American Association for the Study of the Liver

Voted Top Doc in Philadelphia for Hepatology in 2015.